October Hero of the Month Winner 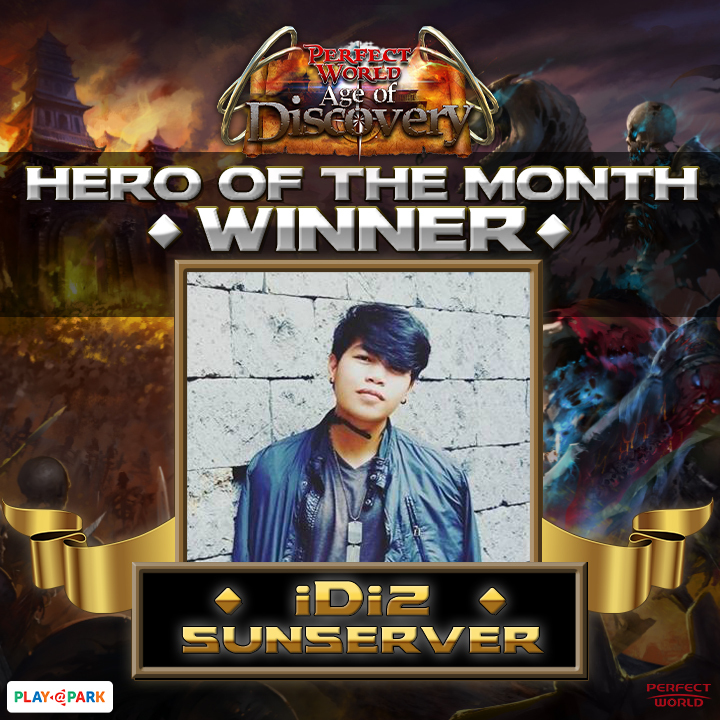 Check out our Hero of the Month iDiz from Sun Server!

Hero Bio:
I started playing PWPH way back 2009 level up games, I was once from the Tiger server, But when the server went down I stop playing PW. Recently, last August 2019 I discovered from a friend who’s also playing PW that a new server was up for play and when I tried to open the game, the music, the gameplay, the map, almost everything in the game was so nostalgic to me; It was like I was brought back from the day I started playing the game. I really missed it so much and for the record Perfect World is the only game that I loved so much that made me play it for years. I’m a huge fan of the perfect world I would do anything, everything even participating in the events, tagging my friends to support the game. I would recommend Perfect World to all the players/gamer of all genre games to play Perfect World because for me the game itself is the combination of all games and gameplay that the game world can offer. Perfect World for me is the number one (1) game and I’m proud to be part of this community as a player, a gamer and as a supporter of Perfect World.

I am proud to say that I should be the Hero of the Month because way back when I was just a low-level hero it was really hard for me to find a party or someone to help me in my boss quests, token, caves, and hard to finish quests. Then later on, after awhile playing the game, acquiring high-end items, armor set, weapons and reached high-level character, I become someone who is capable of helping low-level heroes who are in need of my help. It is because when I was in their shoes as a low-level hero I felt their hardship of having no one to call for help and as someone who can surely lend a hand I am willing to help, can give then advice, help then in their quests for them to continuously support and play the game and become one of the strong heroes that the server can produce.